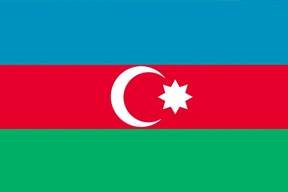 Azerbaijan is a transcontinental country located at the boundary of Eastern Europe and Western Asia. It is a part of the South Caucasus region and is bounded by the Caspian Sea to the east, and Russia (Republic of Dagestan) to the north.
Azerbaijan has designated agriculture as one of four priority sectors for diversifying its economy.  Agriculture is Azerbaijan’s largest employer, employing 37% of the population with the main crops being wheat, barley, potatoes, maize, cotton, grapes, vegetables, fruits, tobacco and tea.