Alumni of the Month

We would like to introduce you to ABENEZER WONDIMAGEGNEHU GEBERGIORGIS from Addis Ababa in Ethiopia – who is our new “Alumni of the Month”! 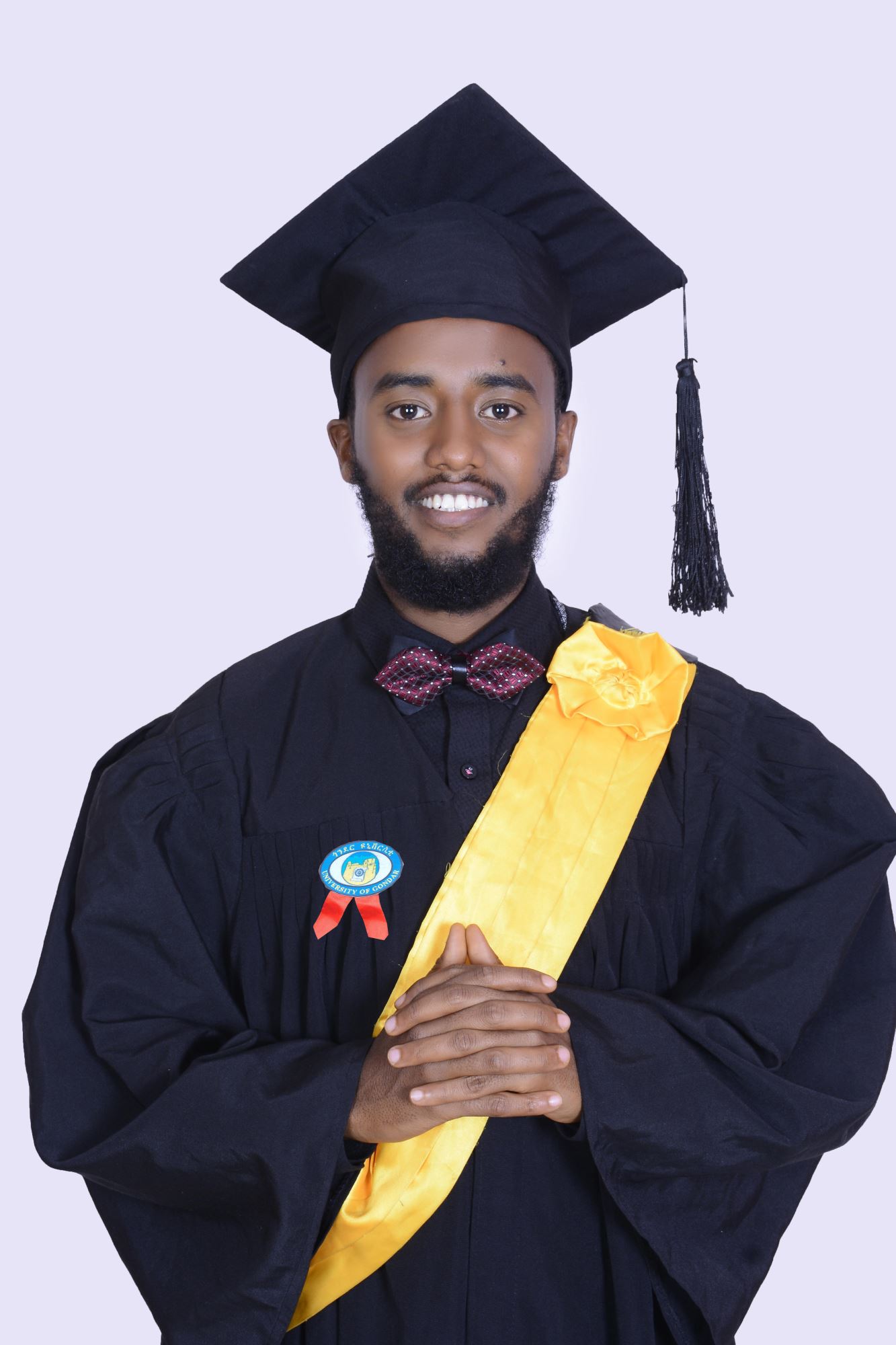 Abenezer Abenezer came to AICAT in September of 2016 and graduated our diploma in September 2016. Upon returning to Ethiopia, he continued with his studies and finished his BA. Presently he is working as an assistant lecturer and researcher at the University of Gondar, which is is one of the oldest and prestigious higher education institutions in Ethiopia. He is also continuing his studies for MSc in the field of Horticulture. Abenezer says that he has learnt that with hard work, everything is possible! He was inspired by the farmers in the Arava – not only their work ethics but the fact they take hard situations and see how they can adapt it to their advantage.
"I was always amazed how Arava farmers control nature and make it works for their benefits. The ways they transform that severe desert in Arava into a beautiful garden is amazing. One of the things that stick in my mind from being at AICAT was how the farmers, together with local researchers and the Arava council took control of Mediterranean fruit fly. Together they formed a project that improved the ability and possibilities of all farmers in the area to export they crops”.
Abenezer believes that being at AICAT has not only changed his attitude to how he thinks and sees things but made him a better researcher too. He says that his time here has a big role in being who he is now. Abenezer has been growing and researching watermelon, and now his success is caught the eye of his teachers, friends and fellow students. He has already students who want seeds so they can cultivate them in their own farms! His hopes that by opening my his organic farm (named ADWA) he will be an inspiration to others. Before coming to Israel, he googled and saw many videos about Israeli agriculture but seeing it, in reality, was so much more and gave him a new direction in life. While here not only did he get to see many of the holy places he had only read about but had the opportunity to meet the Prime Minister of Ethiopia on his state visit to Israel. Meeting the Eithopian Prime Minister during his state visit to Israel.
“I aim to become someone who is known as a “problem solver” – that people look to help and knowledge. I hope to take the way of learning and working, which i experienced at AICAT and practice it to enable my students to obtain more knowledge and experiences together. Finally, I want to say what I understand about life after the time of Israel, is the most important natural resource a country has is people. It is the attitude of the people that takes even the basic of natural resources and turns them into a success. Even though Israel has limited resources, it has not limited it from becoming an inspiring world leader in the field of agriculture and high tech”. 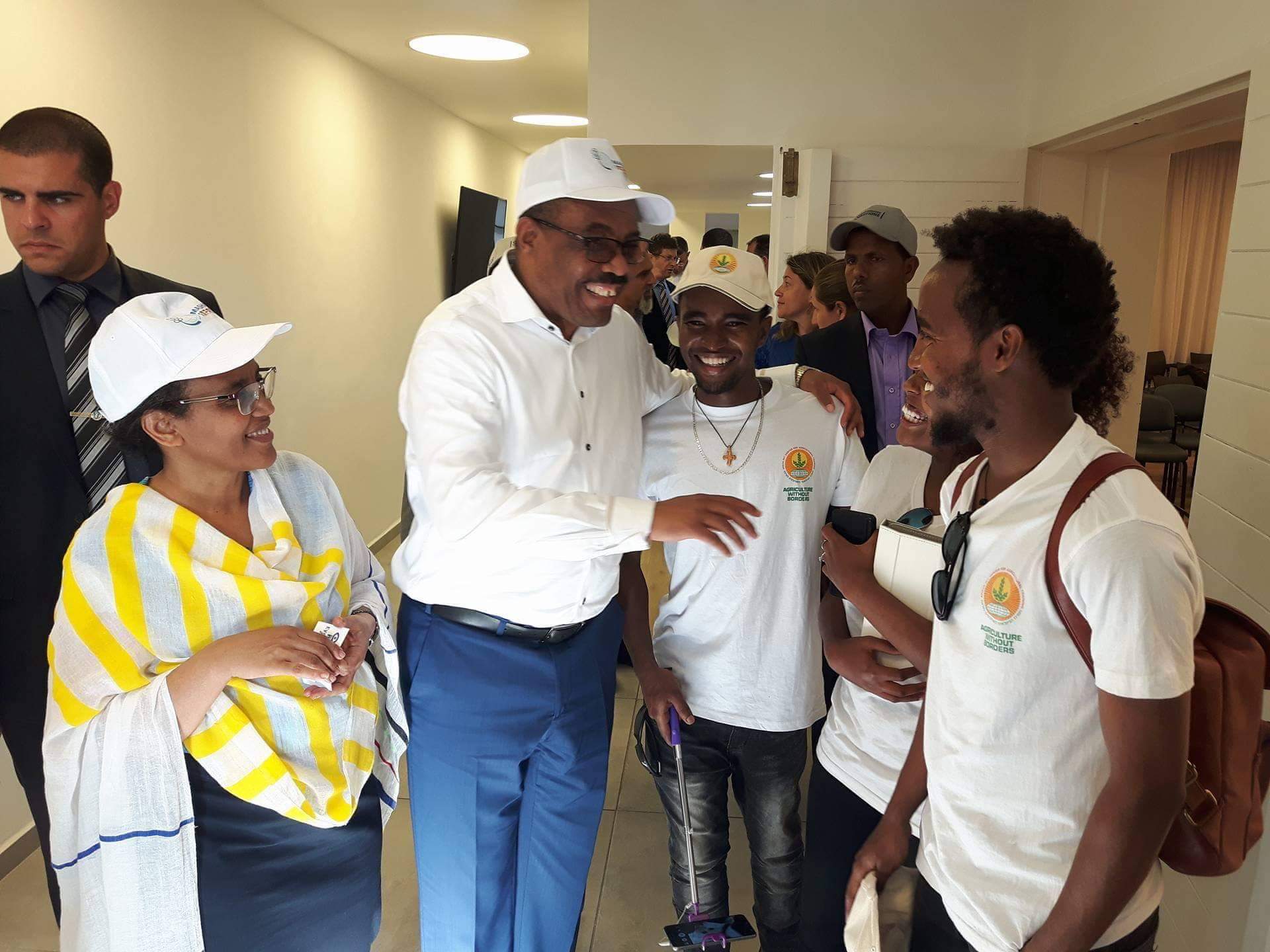 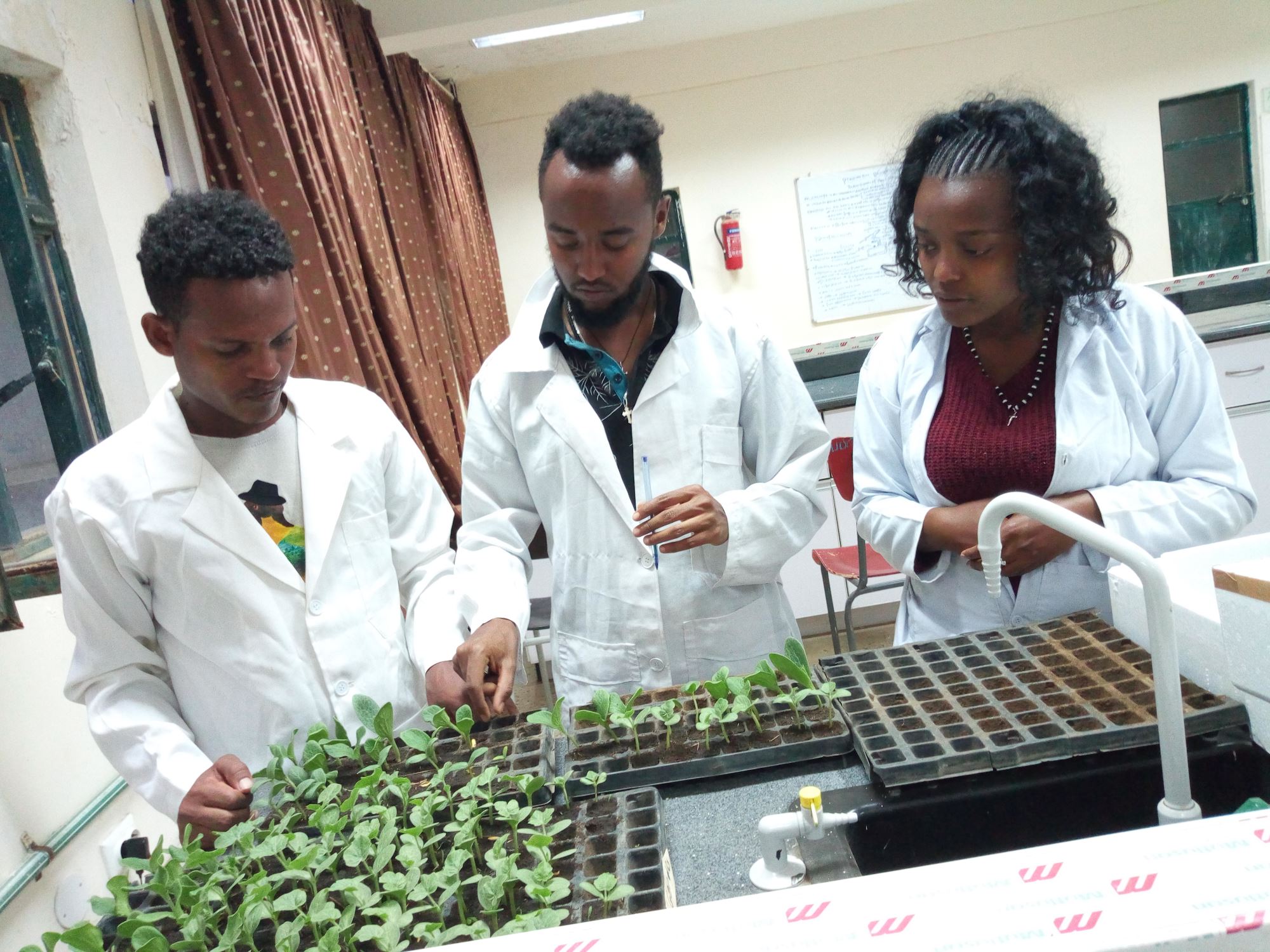 Photos: Abenezer meeting with The Prime Minister of Ethiopia during his state visit to Israel and him working on research.